The go-ahead this week for a new junction on the M49 motorway will unlock Bristol’s ability to become an industrial powerhouse, according a leading property consultant.

Russell Crofts, who heads the Industrial team at the Bristol office of Knight Frank, said the announcement that work on the new junction is planned to start by the end of this year was the biggest step forward for the region’s industrial sector for many years. 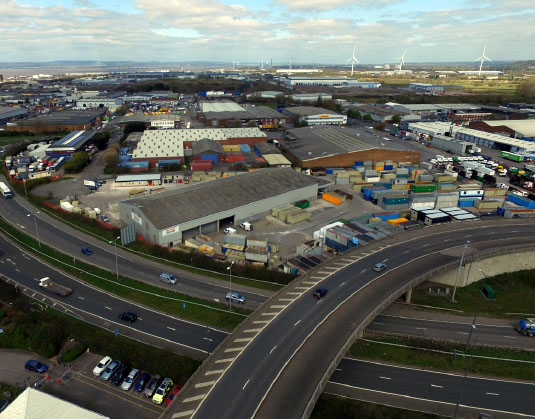 “Improved access to the motorway network will provide a massive boost to attracting industrial, storage and distribution companies to the Avonmouth and Severnside area,” he said.

“Funding for the work is in place and a preferred location – the Farm Lane Two Bridge option – has now been approved.”

Avonmouth and Severnside have seen the arrival of a number of leading companies in the past year, including The Range, Farm Foods and Lidl.

“In terms of development, Central Park in Severnside was the UK’s most active distribution park in 2016, and the new junction will be of national interest to other major companies considering where to locate their new premises,” said Russell. “They will see that Severnside has the available land for development plus good access to workforce, and a new motorway junction that will provide the final piece in the jigsaw.

“News of the new junction, combined with the recent opening of the Southern Link Road in Bristol, signal a new chapter in the industrial prosperity of the West of England.”