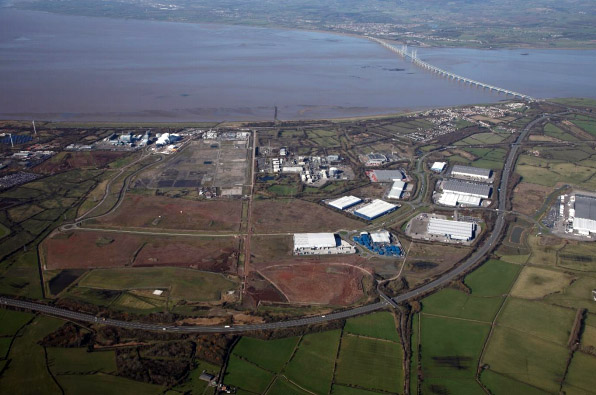 In its fourth significant deal in five months and its second in the last week, Delta Properties’ announces that it has signed up yet another occupier to its scheme at Central Park, Bristol.

It has sold a 12 acre site in the heart of Central Park to third party logistics group, Davies Turner Plc who will start construction in September on a new, bespoke 130,000 sq ft unit for which there is already planning permission. There is additional space for future expansion which will take the company’s operation to 250,000 sq ft.

Commenting on the latest deal, Michael Shebson of Delta Properties’ said: “We are delighted to welcome Davies Turner to Central Park. They are another, quality operator, well known in the South-West and also nationally, who fit perfectly into the scheme we have created. It has been an amazing start to 2016. Since January this year, we have signed up The Range, Lidl, Davies Turner and Mountpark Logistics. In total, we will be building nearly 2.4 million square feet at Central Park over the next 12 months. This scale is unprecedented in the south west for a logistics scheme – in fact, unprecedented in the whole of the UK for a single location.

“For many years, we have worked towards this moment by providing quality infrastructure in a strategic location for logistics. The market has now recognised this. Planning permission is in place. We have on-site rail freight facilities, proximity to Bristol port and a new junction off the M49 is about to be brought directly into Central Park. It is the perfect solution for a wide range of national and international operators. We have further plots ready for immediate development and look forward to welcoming more occupiers in the future.”

Commenting on the new development, Chairman of Davies Turner Philip Stephenson added: “We are very pleased to be a key part of the success story at Central Park. With such a fast take up rate, we are well placed to provide existing and future neighbours at Central Park with the perfect solution for their logistics operations in the South West, nationwide and beyond. Our new development, which will provide around 200 new jobs in the area, will also serve as our logistics’ hub to service our wider client base in the West Country and South Wales.”